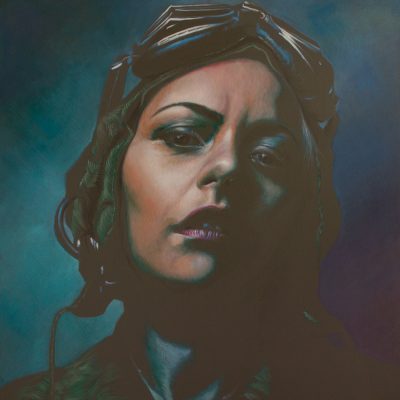 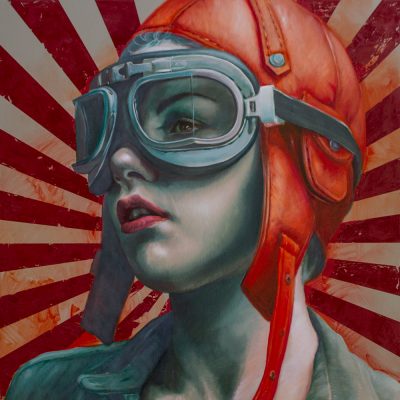 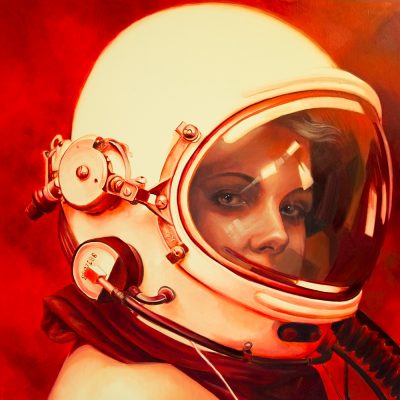 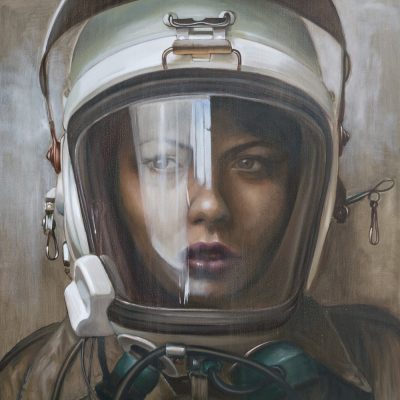 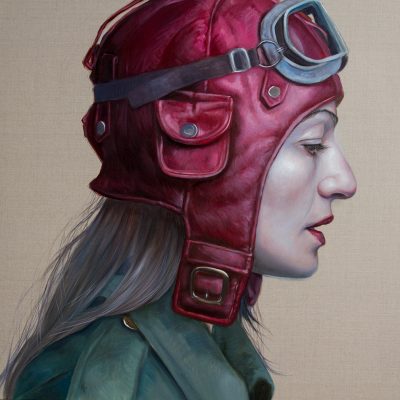 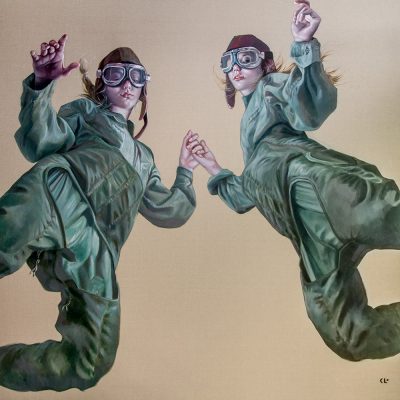 Come Fly With Me 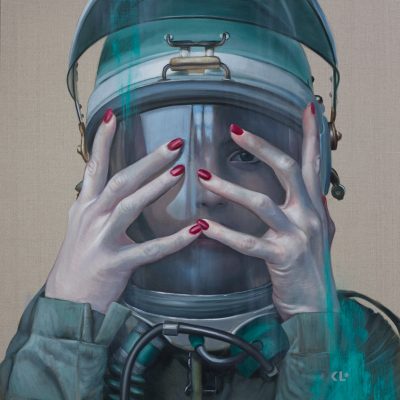 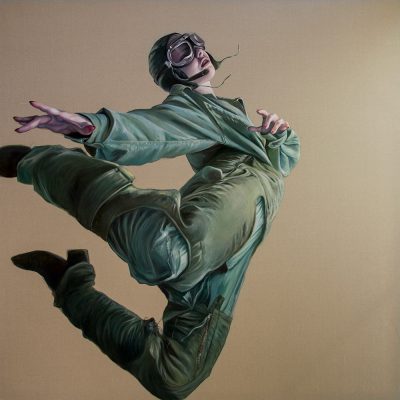 Dance me to the Edge of Reason

Kathrin Longhurst was born in communist East Germany. A classically trained figurative painter, she began attending life drawing classes at the age of fourteen.  When she was just fifteen, her family escaped from ‘behind the iron curtain’, relocating to Sweden. This jarring transition from a totalitarian regime to a democracy sparked Kathrin’s passion for exploring the concepts of freedom of speech and expression, concepts that continue to thread through her work today.

After travelling widely throughout Europe, Asia and America, Kathrin settled in Sydney with her Australian husband.  She went on to work prolifically, showing her first solo exhibition in 2004, becoming well known for her portraits of beautiful women in military attire, draped with symbols of communist propaganda.

Extensive travel provided Kathrin with a unique perspective on the role of women in the media, her more recent works referencing not only communist propaganda but also the power of advertising in our lives under a capitalist system.  Her skilfully rendered subjects layer themes of sexuality and freedom, both seducing and challenging the viewer with their ruby lips, luminous bare skin and confronting gaze to illustrate her message that, ‘Propaganda is all around us.  It’s not specific to a period of time, a country or a regime…it’s everywhere’.

‘We are reminded of the power and defiance of the women that her work represents, as well as the suffering that women have endured, and continue to endure, as they fight for justice. The epochal moment of #MeToo is reflected in the work of Kathrin Longhurst, and so much more. This exhibition captures defiance and power: true feminine and feminist qualities. It is for this reason that Kathrin’s work has never been more important, both visually and philosophically.’
Excerpt of Into Thin Air exhibition essay by Professor James Arvanitakis

Kathrin served as vice president for Portrait Artists Australia for some years and was the founder and director of the innovative Project 504, an art space in Sydney. She has been a finalist in numerous awards including the prestigious Portia Geach Award (2017, 2015, 2013, 2012, 2011), the Doug Moran Portrait Prize (2017), the Sulman Prize (2012), the Mosman Art Prize (2016), the Shirley Hannan National Portrait Prize, the Korea Australia Arts Foundation Prize and the WA Black Swan Prize. Her work is collected widely in Australia and internationally. 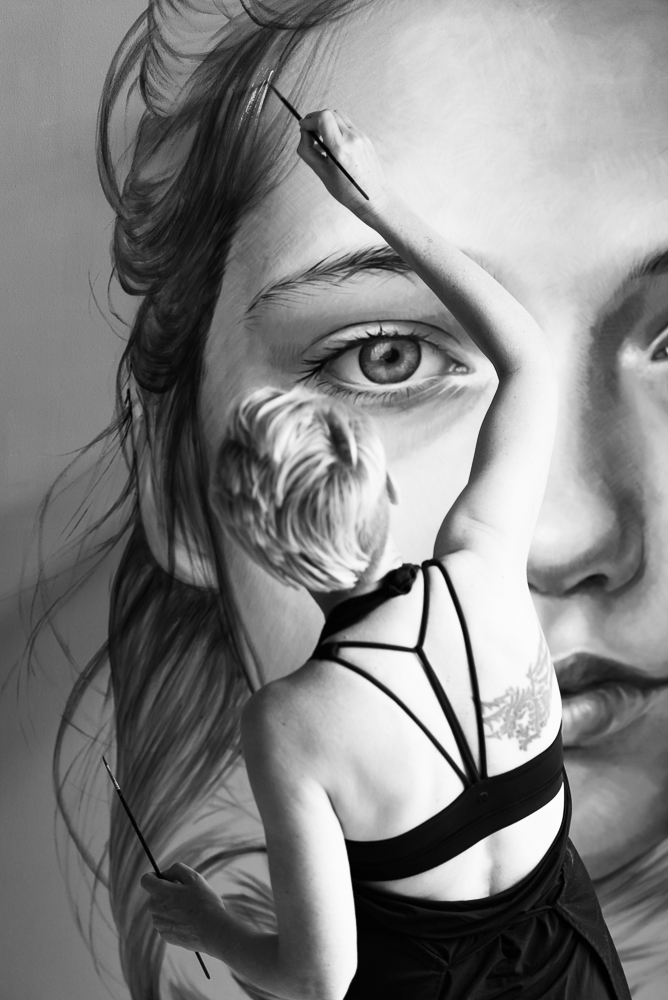 raised behind the Berlin Wall, traveled the world, now artist/painter in Sydney Australia